Life is an adventure. Try something new. 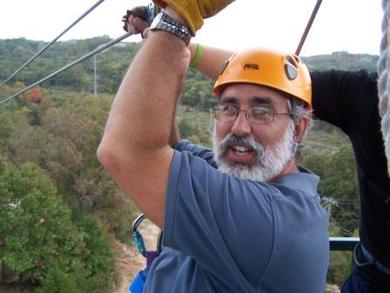 My name is Mike Watson and I am an indie writer of action/adventure, thriller, post-apocalyptic novels, a western, and a children's book. I'm also a retired geologist and surveyor.

I have recently released a new book, Ozark Payback, a sequel to Ark Agenda which is an Anna Burns thriller,  prompted by the Covid pandemic. Anna is a senior investigator for the CDC. In the first book she must locate the source of a deadly flu-like virus. Initial lab analysis determines it to be an altered form of H1N1, unaffected by known vaccines or anti-serums. Analysis also reveals that it cannot survive at low oxygen levels comparable to an elevation of 10,000 feet. Time is running out as the virus spreads inland from both coasts. After her work is finished, she and her family take a well-deserved vacation to the Ozarks. However, one of the leaders of the plot escapes from custody, vowing to get even with her for interfering with their plans to re-boot the country while they maintained safety in bunkers. The Burns' vacation is about to become a nightmare.

The drastic increase of earthquakes in the Oklahoma and Kansas areas in recent years was the catalyst for my Aftershock Series. I began to wonder what could happen if the trend of activity continued, giving me the inspiration to write the first book in the Aftershock Series, Paradise.

As you can imagine, things can quickly go very wrong with the collapse of structures, infrastructure, and civilization. The second, third, and fourth in the series, Exodus, Borders, and New Eden have now been released, with the people of Sector 4 continuing the struggle for survival. I like to think of it as The Walking Dead without the walkers. The books of this series are all connected. Enjoy!

As you can see from the headings at the top of the page, the site is multi-purpose. As an independent writer I am offering all of my self-published works on Amazon.

The Jack Trader Adventure series takes place in the early to mid 1950's. The characters live in and around the Durango, Colorado area. The series currently contains three books with more to come. All can be read as stand-alone adventures. The second book, Treasure of the Anasazi, is also available on audio.

While in Durango conducting research, I discovered an exhibit at the historical museum that I felt would make a terrific book. It is a western biographical story of tension between the city and county governments that led to a gunfight between the marshal and the sheriff. The book contains, by permission, the archived newspaper articles that followed and led up to the tragic 1906 event.  The book is titled Shootout at the El Moro.

Since this site is constantly changing, you should find something different and hopefully a little more informative each time you visit.

I'm glad you decided to stop by.